NICOLA TOPINELLI AND THE MAGIC OF PRODUCT DEVELOPMENT

Working in product development is all about making ideas come to life. It’s something between a magic trick and a finely tuned, systematic, organic process. It’s a matter of getting the right alchemy. It’s all about the poetry of interpreting the thoughts of a creative designer and a working method representing the ideal combination of man and machine.

Nicola Topinelli is the Technical Director at De Rigo. He sees product development as the ideal continuation of his career. He began working with De Rigo in 1996 and has maintained the same constant commitment and desire to learn ever since. “Product development means interacting with the design office to understand the concept they are attempting to develop and taking it as far as it will go, up to certification of the first pieces made,” says Nicola, describing what he does; but what really counts is the enthusiasm he displays as he talks about it. 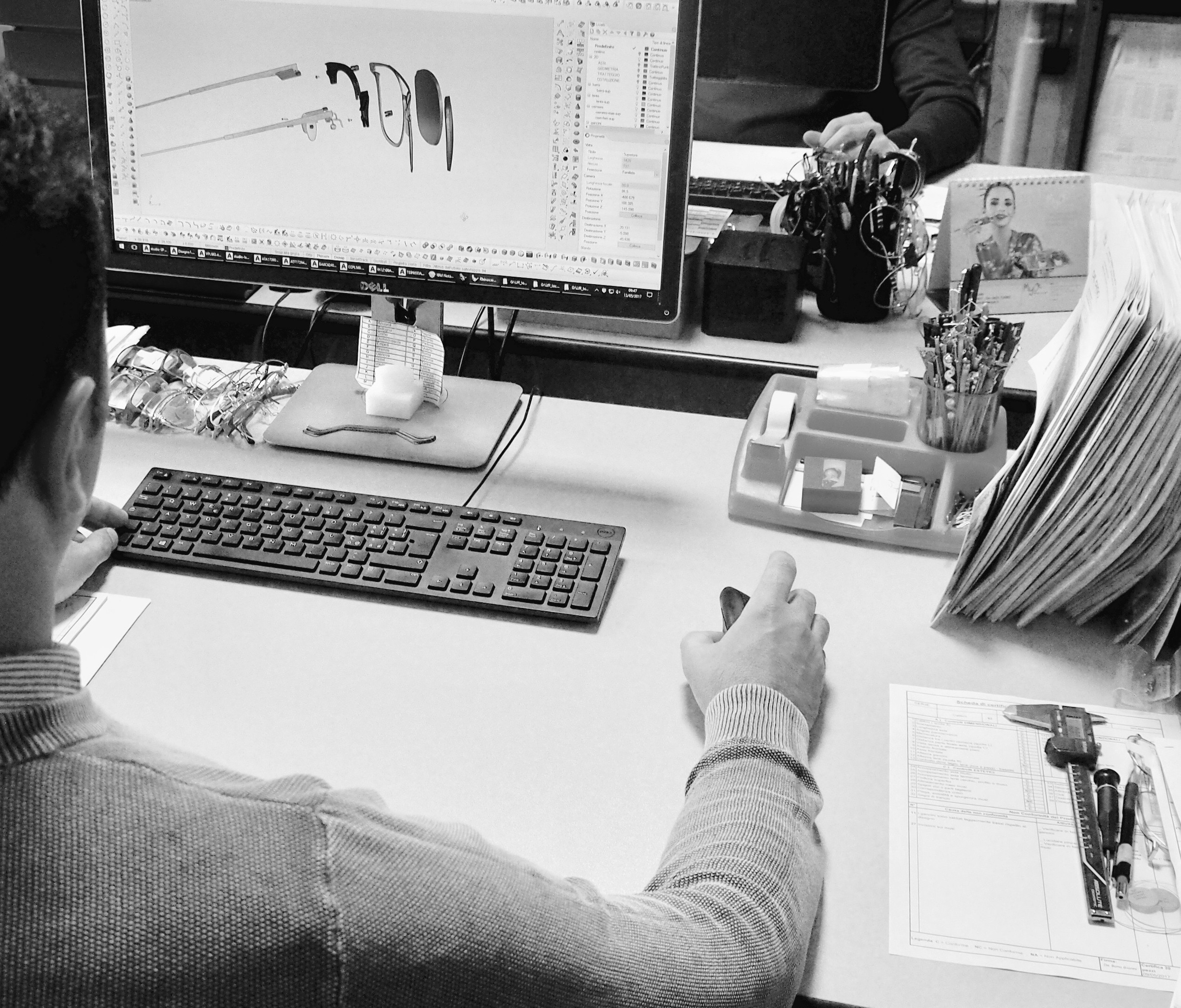 Product development takes place in a series of phases. There’s a starting point which, step by step, makes what was originally a creative idea into reality. “The starting point is approval of the collection by the product office. This marks the end of the first phase in product development, which we call design, which is composed primarily of three phases: design proper, prototyping and then approval of the collection,” says Nicola, as if he were describing the instant in time prior to the genesis of a work of art. A genesis that leads - following a feasibility study, identification of major technical and productive decisions, choice of materials and assessment of costs - to creation of a certified pre-series after about 12 to 15 weeks. “The pre-series is used to complete technical testing, and the next step is viewing this pre-series on a table with the design team, which decides whether to approve production. True production begins once this approval has been obtained,” says Nicola, taking a deep breath and smiling happily.

But there’s a whole procedure to go through before this can be done. It’s not a ritual, but precise application of a process of industrial production. Because the physical prototype and its product information sheet go through four stages: design proper (CAD design); creation of the required tools, moulds and semi-products; making the first piece, referred to as a tooling sample, which is then used to conduct tests of correspondence with the prototype and fit tests; and lastly, there’s the pre-series, which involves testing the entire production cycle, including fine-tuning of colour hues.

“The way we work has changed, but not as much as the world around us has changed,” says Nicola of his experience in the world of eyewear. Then he looks at the young people working on designs in front of their computer monitors. Technical skill and a passion for what you do are the characteristics they all have in common. Perhaps this is the essence of a job that is definitely facilitated by the technologies now available, but which still (fortunately) involves a human element - and that is what makes all the difference.