Twenty-five years in a company is a milestone. Twenty-five years in a company, with the same passion as on your first day, is an extraordinary achievement. When Massimo Calderini walks into the De Rigo prototyping department - "his" prototyping department - he brings with him the enthusiasm of yesterday and the curiosity of a future just waiting to be invented. His distinctive features are humility and determination, two seemingly contrasting elements that, however, shape him and highlight his essence, even before his role. 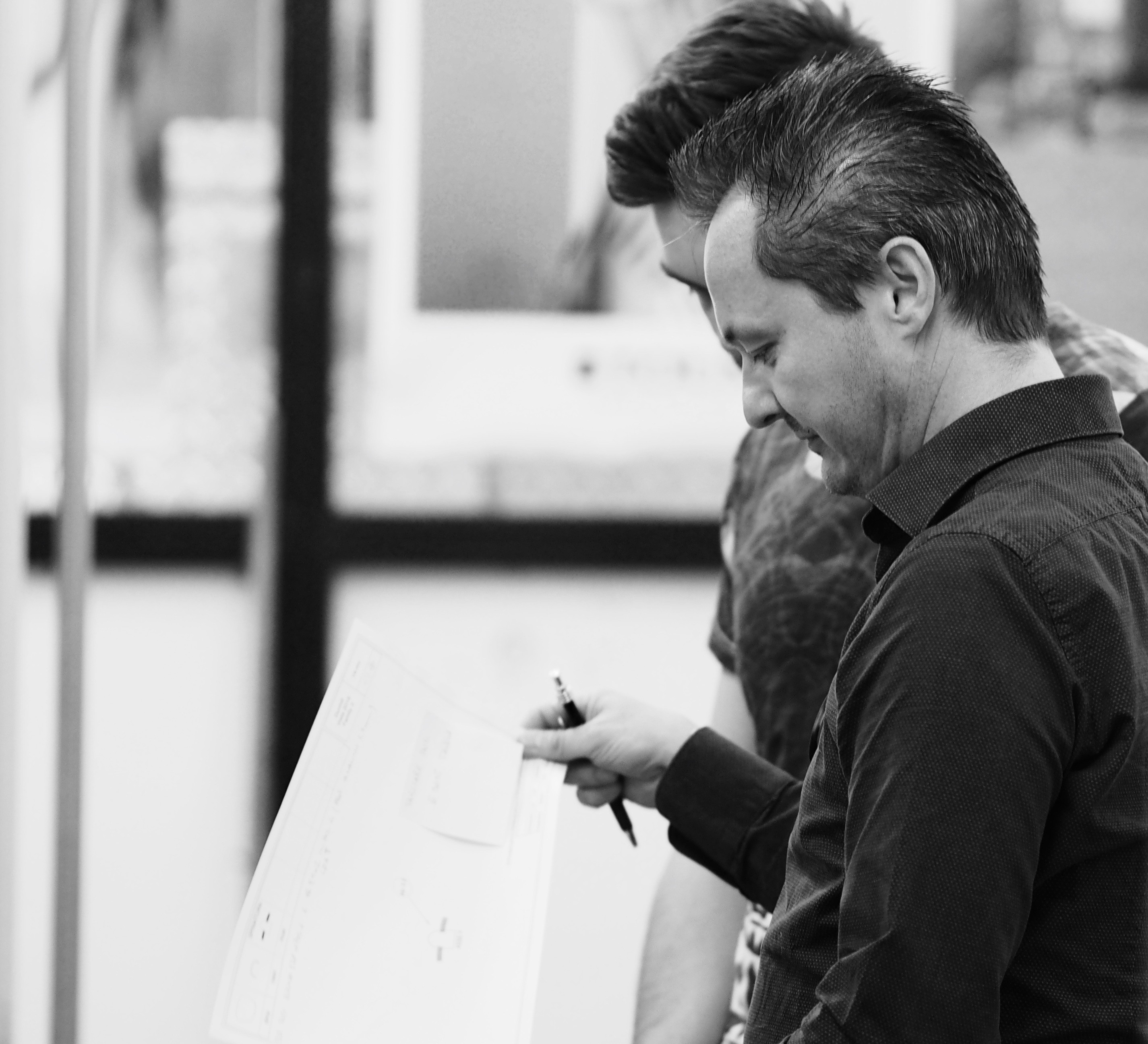 Being responsible for this department is a bit like being the guardians of a mysterious language. One that focuses on listening rather than talking. One poised midway between creativity and reality. Because that's exactly what this department does. "The prototyping department receives the designer's product idea in the form of a drawing. Our task is to transform the idea into reality, into a manufacturable object, interpreting its aesthetics and taking into account the technical and production constraints. If I were asked to sum up what we do, I would say that we strike the right balance between aesthetic and industrial requirements," says Massimo, as he oversees his team at work.

Because that's the way it works. The designer develops the design and hands it over to Massimo, with whom he discusses the details. Massimo then conveys the designer's idea to his team in the CAD prototyping department for the preindustrialization phase. Sometimes, for a more complex product, Massimo liaises directly with those in charge of the technical department, so as to instantly assess the cost of producing the product, and, if necessary, altering its parts.

The idea comes to life shortly afterwards, when the prototyping office submits a drawing that is fed into the CNC machines. These then cut out two-dimensional or three-dimensional pieces, which are either milled or sintered via a 3D printer, as required. At this point, the work becomes a craft. The prototypist assembles and finishes the parts manually, adopting techniques very similar to those used by goldsmiths. It is only after this meticulous phase that the prototype can be considered finished. The prototype is then analysed by the designer: if it gets the latter's go-ahead, it is produced industrially; otherwise, it is sent back for alterations based on the designer's requirements.

"Each completed prototype is a source of satisfaction as it is entirely handmade. I love the way a designer's idea can be transformed into a physical item, which with some brands might be inspired by an earring, a timepiece or an accessory. Giving concrete form to a designer's idea is always an extraordinary satisfaction," says Massimo, his eyes glistening with emotion.

But Massimo's words reveal yet another source of excitement: "If someone were to ask me what I want to be when I grow up, I would given an answer that lies very close to my heart. I have been very lucky to be able to learn a trade here in De Rigo. Now I want to pass on my knowledge to the younger generations. I want to give them the chance to grow; the chance to cultivate a passion and learn a trade." Massimo's words should not be taken for granted. They are the words of someone who has learned a lot from life. Someone who's education is based on strong values. Values that distinguish not only Massimo, but all the people who work in De Rigo. And perhaps this is what sets the company a part.